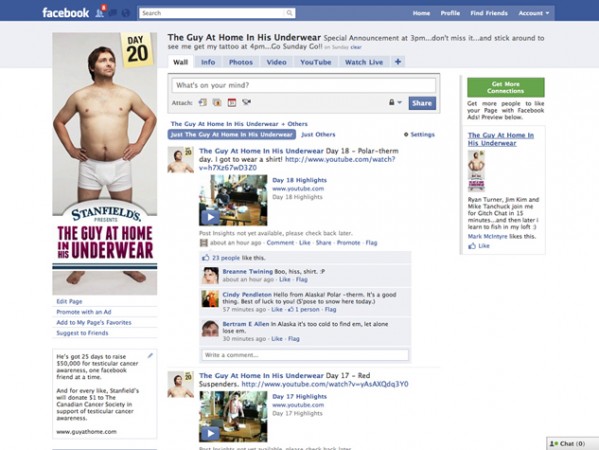 Guy At Home In His Underwear

Stanfield’s Ltd. is a small, 150 year-old underwear company that was well known among the older generation, but for younger consumers, they weren’t even in the conversation. Pre-campaign Radian6 tracking showed “0” mentions of the brand online.Our challenge was to get a younger generation talking about Stanfield’s again, with an idea that was rooted in their “We Support Men” strategy. So we decided to prove it. With an initiative that actually supported them.