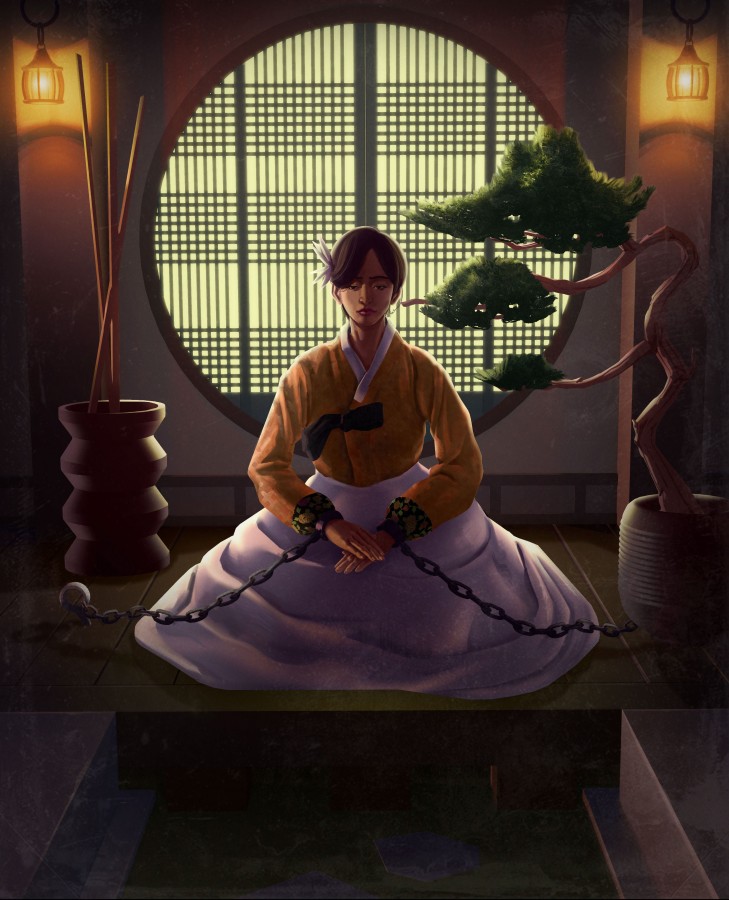 In the past, gender-based classicism was prevalent in Korea, as women were very limited in what rights they had. Men were seen as superior beings compared to women. Even in the modern age, this age-old tradition is still prevalent in Korean society and continues to affect women and their rights. The painting shown portrays how tradition acts as a shackle that imprisons women in Korean society. Because of tradition, women are bound to specific roles and lack the freedom which men have.