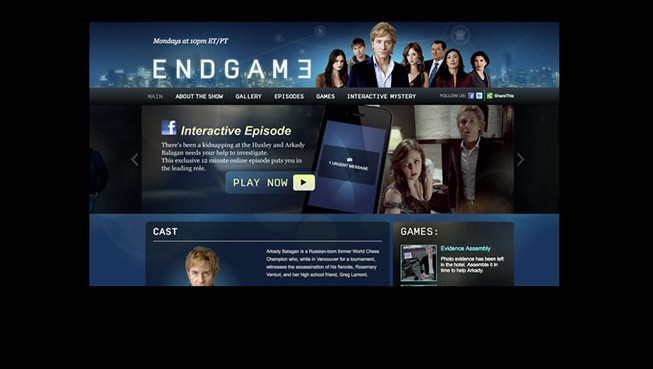 A web based Facebook episode created to extend the Showcase television drama, Endgame online. The audience plays an interactive mystery where they take on a main role in the show narrative. Fans interact with the cast, search for clues, question suspects and unravel the mystery in a cinematic and personal experience.