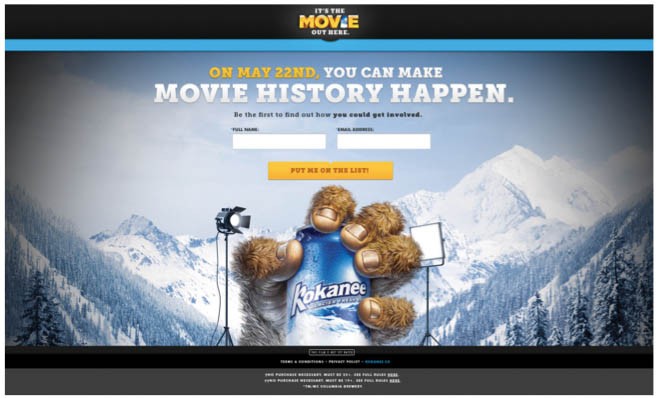 The Movie out Here

The Movie out Here is an original movie that appeared in theatres. It incorporated the brand's iconic characters and narrative, however, it also appealed to the masses. Consumers could participate in the movie's production in a variety of ways as well as win tickets to the premiere. All of this was communicated to consumers through a fully integrated campaign that included TV, packaging, collector cans, promotional glassware, on-premise activations, online, social media, and PR.