WILL NOVOSEDLIK SPECULATES ON THE ABSURDITY OF THE FINAL BRAND FRONTIER 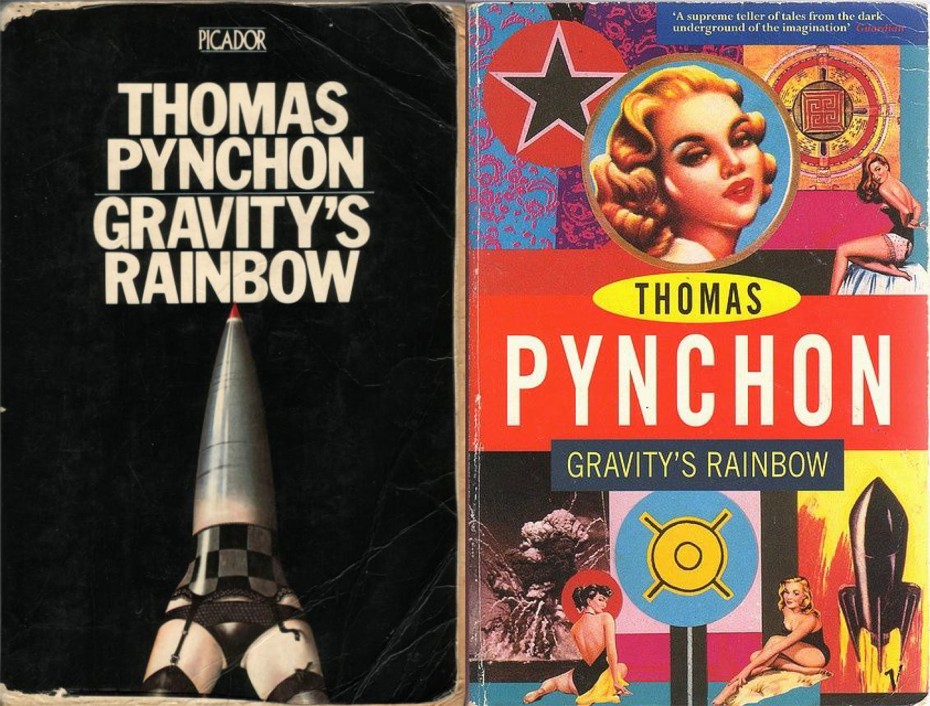 For years, I’ve been looking for an excuse to reread Thomas Pynchon’s 1973 novel, Gravity’s Rainbow, and now I think I’ve found it.

What’s my excuse? Well, as you’ve no doubt noticed, the space race has been hijacked by a trio of brand owners with nothing better on which to spend their billions than off-planet penis enlargement.

And why Gravity’s Rainbow? Because it is a fictional examination of the havoc wreaked by Nazi engineer Werner von Braun’s V2 rockets (aka buzz bombs) at the end of WW2, in which the sexual encounters of protagonist Tyrone Slothrop, a London-based American military intelligence officer, seem to magically predict where the next buzz bomb will strike.

Of course it was von Braun, who, before the sun had barely set on VE Day, offered himself to the Americans to head up their own rocket-fuelled dreams of conquest, both in the form of nuclear-tipped ICBMs and manned golf trips to the moon. There is therefore a direct line from von Braun’s bombs to Branson and Bezos’ boners. 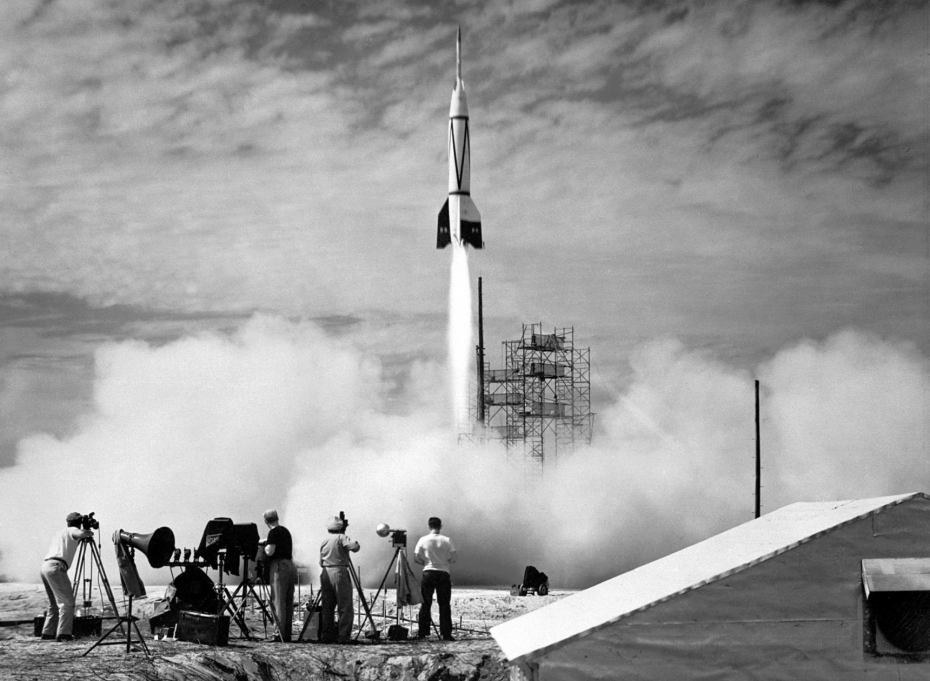 A V2 rocket leaves its launchpad on the island of Peenemunde in the Baltic Sea, headed for targets in the UK during the final years of WWII. PR at its darkest.

While neither billionaire managed to achieve an ejaculatory height of more than about 62 km above the earth’s surface, Branson’s bird-like craft was by far the more aerodynamically designed, while Bezos’ projectile couldn’t look more like a chub if it tried. Its literal resemblance to an engorged male member has unleashed a flood of titillating memes across the internet.

It did not take long for Bezos’ penetration of the stratosphere to raise the ire of Congresswoman Alexandria Ocasio-Cortez, who rightfully pointed out that this phallic folly was paid for by Amazon employees, among the most screwed-over workers on Earth. “Yes, Amazon workers did pay for this—with lower wages, union busting, a frenzied and inhumane workplace, and delivery drivers not having health insurance during a pandemic,” she tweeted.

Some of Branson’s enterprises are no less pernicious. Virgin Voyages comes to mind, with its fleet of floating toilets contributing to the cruise ship industry’s dumping of roughly 1 billion gallons (3.8 billion litres) of raw sewage into open waters every year. A single vessel of 3,000 passengers dumps up to 10 backyard swimming pools-full of poop into the ocean every 7 days. Since the cruise ship industry is the fastest growing segment of leisure tourism, having doubled in volume over the last decade, ships have become far bigger, some now capable of carrying 8,000 passengers. As I wrote in a post about this last year, do the excremental math. 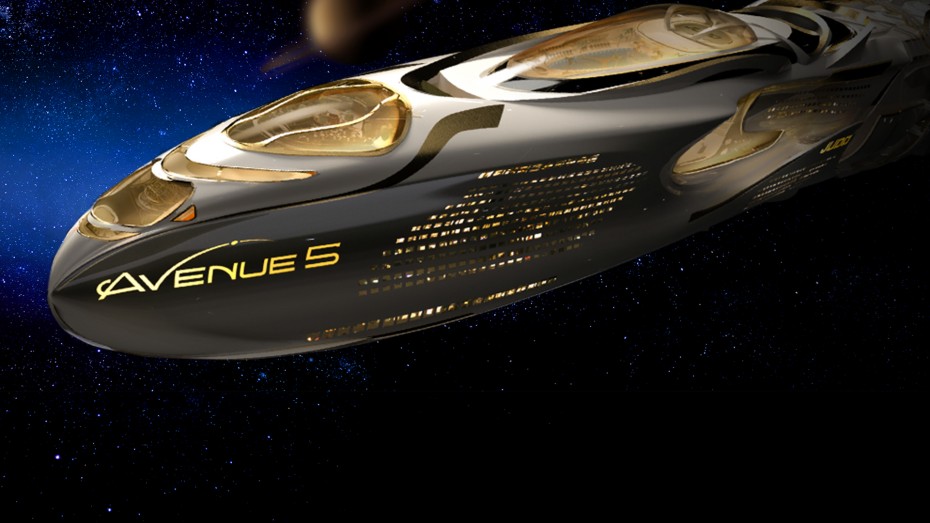 Replace the ocean with outer space and one is reminded of an episode of HBO’s recently aired Avenue 5, in which a giant interplanetary cruise ship floats across the solar system in a halo of orbiting fecal matter leaking from the vessel’s ruptured septic system. 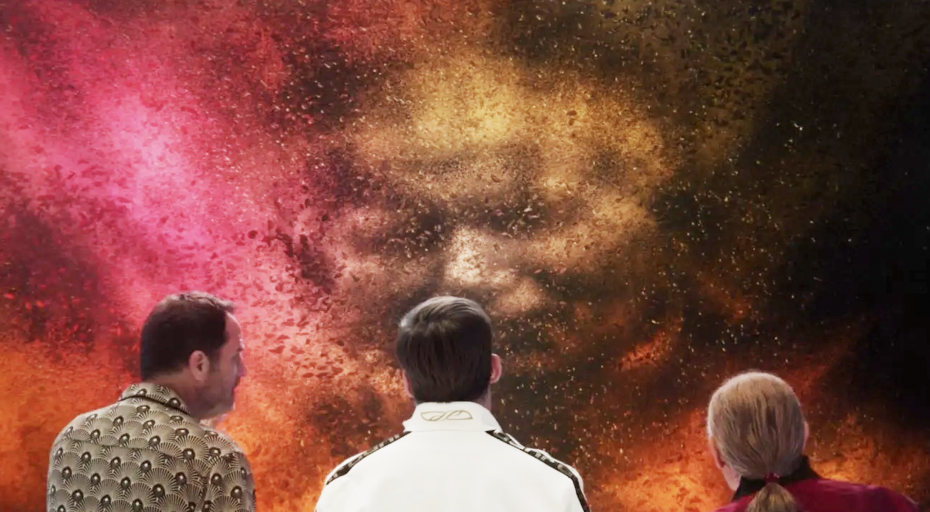 Passengers aboard the doomed Avenue 5 watch in horror as an orbiting fecal cloud is transformed into an apparition of. . . wait, is that Jeff Bezos?

If this stinking torrent of hyperbole is making you queasy, that’s kind of the point. Instead of doing good down here on earth, the massive wealth concentrated in the coffers of these two wannabe cosmonauts is being burned in an obscene display of income inequality and self-aggrandizement. Talk about a bonfire of the vanities.

Of course these cosmic PR spectacles are just a dress rehearsal for the commercial conquest of space. It’s no exaggeration to say that this planet is just too small for the rapacious, expansionary impulses of 21st century capitalism. Just ask the climate.