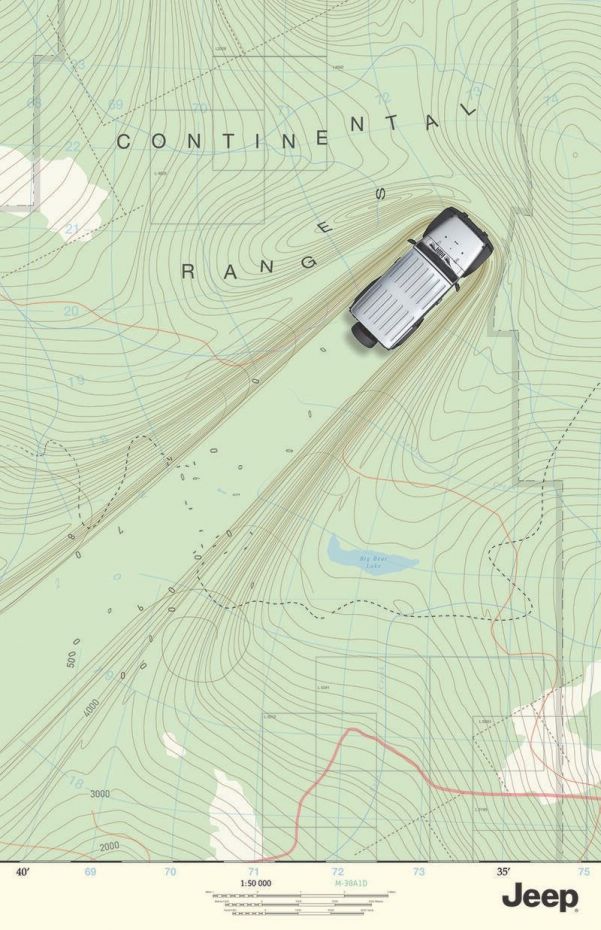 The most iconic consumer product of the 20th century is the automobile.

In 1900, there were about 4,000 of them in the world. Now it is estimated that there are over 600 million. Based on EPA stats, a typical vehicle releases about 4.6 tons of carbon dioxide into the atmosphere per year (assuming fuel economy of 35 km/h and annual mileage of 18,400 km). that works out to a global total of 2.7 billion tons of emissions per year.

Which brings us to the image above. On first glance, we see a map replete with isolines which reveal, by their shape and proximity, a very rugged, mountainous landscape. And then we see that several dozen of those isolines are being stretched as taut as an elastic band by a Jeep, which appears to be tearing through the mountains like a wood chipper on steroids.

First reaction? As a visual communications designer with a love of maps and other forms of data visualization, I was struck by the image’s graphic cleverness. But almost immediately after that knee-jerk response, a darker meaning revealed itself: the marauding Jeep as a metaphor for all the environmental damage wrought by fossil fuels. 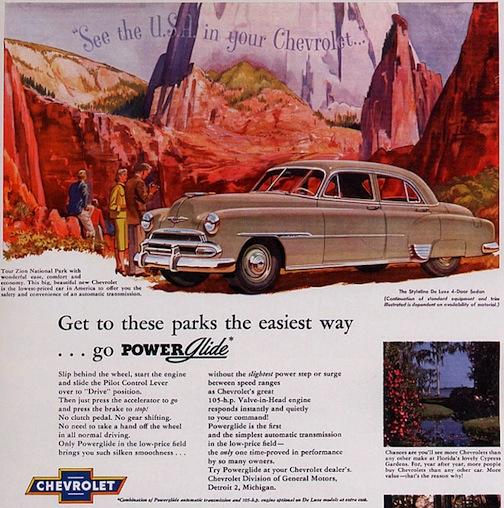 Unintentional irony is no stranger to automotive advertising. Ever since the 50s era tagline, “See the USA in your Chevrolet”, which invited Americans to take their families on a road trip at a time when the lane markers on the country’s new interstate highways were barely dry, automotive advertising has relied on the classic trope of placing its shiny new products in a pristine natural landscape which appears untouched by man except for the highway running through it. 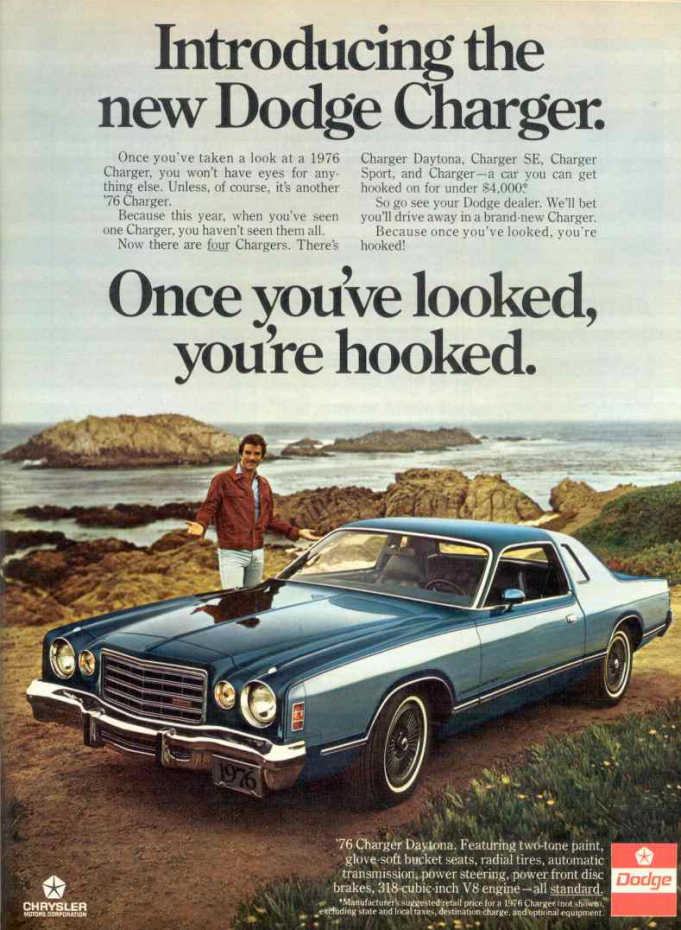 While climate change wasn’t on anyone’s radar back in the 50s, it certainly has been for the last 30 years, which in advertising is an eternity. Yet the trope persists. Underlying its irony is a deep fear of nature, stretching back to Genesis, in which the Creator commands us to ‘subdue the earth’. The image of a car driving through forests, mountains and deserts represents the ultimate fulfilment of that command.

We have achieved that conquest without even getting our hands dirty or our sneakers soiled because the car driving through nature shields us from physically engaging with the land except with our eyes. Nature is there for our visual enjoyment between pit stops, like a massive drive-in movie. 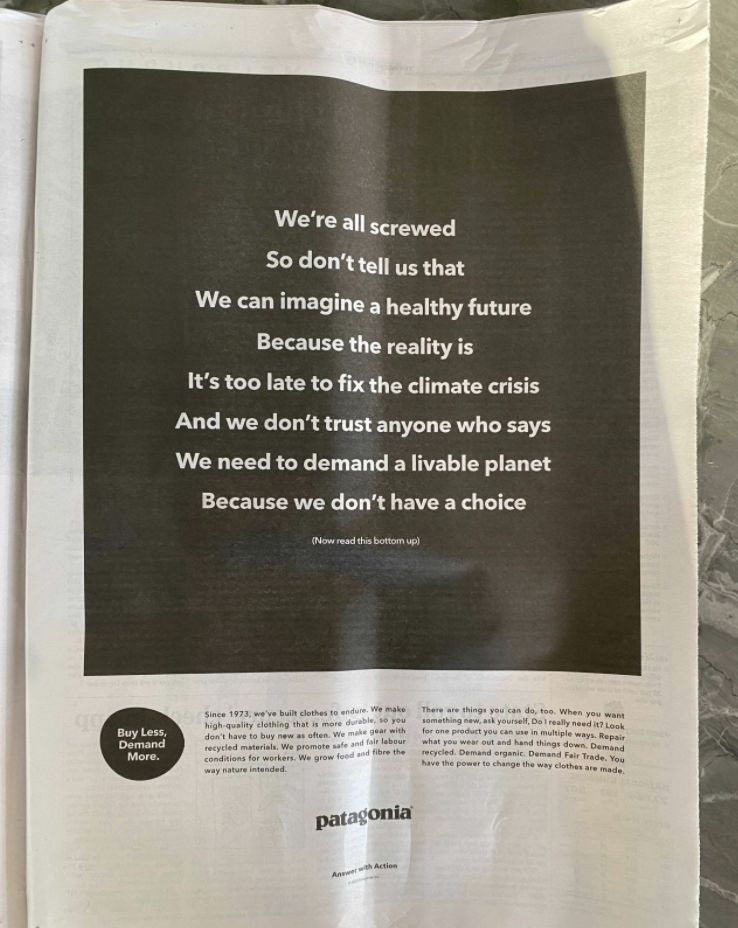 Now that the evidence of climate change is impossible to refute unless you’re a Republican, one wonders how much longer this illusion will continue to cloud our imagination. It will take no lack of imagination to ratchet back our subjugation of nature enough to survive as a species. Which is why the Patagonia ad above so convincingly and creatively crushes the trope we have illustrated here. Enlarge the image to read the fine print and you will agree that this is the message we need to heed right now. And we don’t need to drive to get there. /WN