Growing Up in the Suburbs 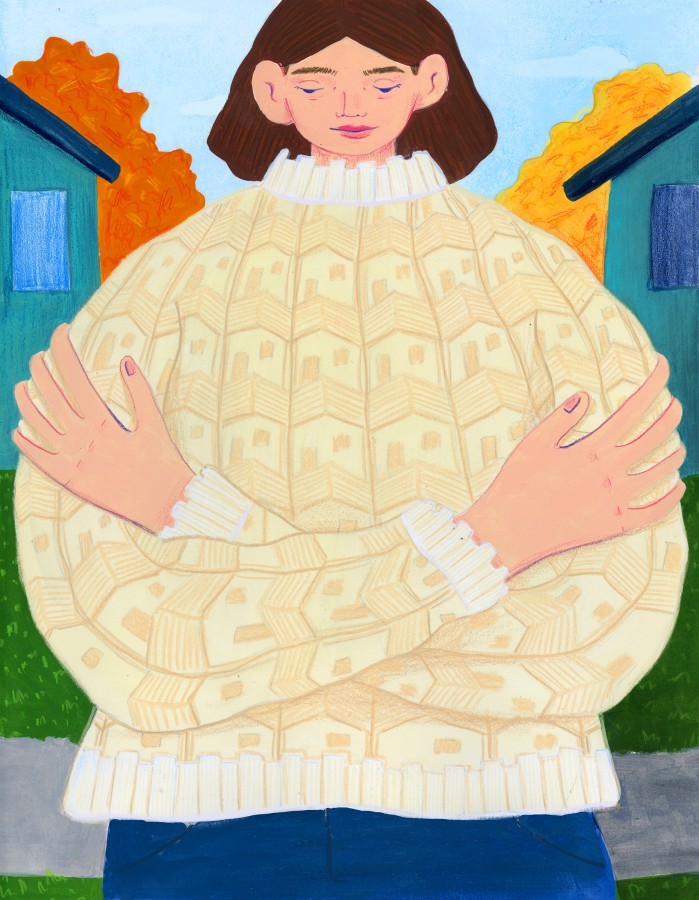 There is a commonly held misconception about Aran jumpers (you know, those cable knit sweaters that have been in and out of style since the 19th century most recently launched back into the public consciousness by a little Folklore) that they were designed to help identify drowned sailors and fisherman. Each resident of the Aran Islands, which lie off the coast of Ireland, had their own individual designs that would allow them to be easily claimed by their loved ones if they were ever to meet a watery demise.

While a nice story and sentiment, it is not based in fact, but handmade sweaters and home and identity are often knit together, as in Sheridan College alum Paige Stampatori’s 2020 Student Awards winning illustration Suburban Identity.

Stampatori replaces the cable patterns of the Aran jumper with the equally repetitive cookie-cutter homogeny of suburban sprawl. Oft maligned, this sameness is refigured as the warmth of a sweater, a welcoming embrace. Suburban youth is often filled with dreams of a bigger city, but it is nice to have a home to pullover.

Do you have a piece of student work that refigures the familiar in a new light, or that you think is award worthy? Than be sure to enter our Student Awards. The deadline is May 21, 2021.