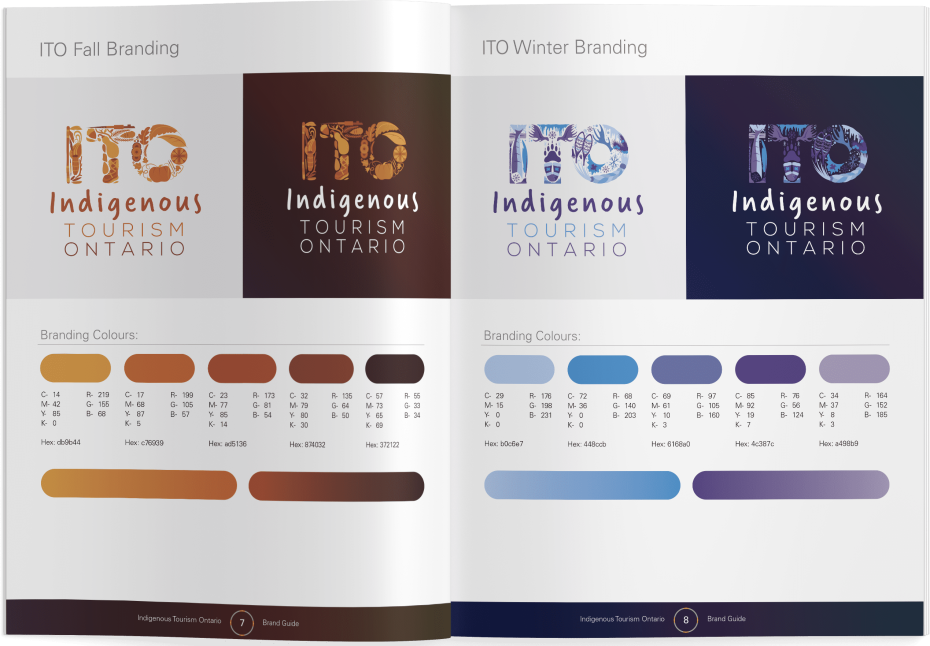 Spread from the brand standards guide for Indigenous Tourism Ontario

Last year in this column I wrote about Indigenous-owned design firm Animikii and the influence of Indigenous values – in this case, the seven sacred teachings (love, respect, courage, honesty, wisdom, humility, and truth) – on its business practices. I followed that with another column earlier this year on a related topic – Indigenous typography.

Last week was Truth and Reconciliation week, and I found myself researching yet another story, this time for the Indigenous-owned publication Marketing News Canada. In the course of that research, I came across a firm called Design de Plume.

Indigenous-owned and women-led, the firm’s name has a lovely double meaning: ‘plume’ is French for quill, or feather, a core symbol in Indigenous culture. And ‘Design de Plume’ plays on the literary term ‘nom de plume’ – a pseudonym originally used by women novelists in the 19th century, such as Georges Sand and George Elliott.

As it turns out, Design de Plume’s double entendre also reflects a core Indigenous problem-solving principle. It’s something called ‘two-eyed seeing’– a concept that originated with Mi’kmaq elder Albert Marshall meaning “to see from one eye with the strengths of Indigenous ways of knowing and from the other eye with the strengths of Western ways of knowing, and to use both of these eyes together”.

I have often wondered about how one might reconcile Eurocentric design forms and principles with those of the Indigenous tradition. So I asked Jennica Robinson, one of the senior designers at Design de Plume. Says Robinson, “We have used the concept of two-eyed seeing to blend these two traditions without compromising either one.”

Print, mobile and laptop applications of the 2021 Missing and Murdered Indigenous Women, Girls and 2SLGBTQQIA+ People.

You can see this in their work for the 2021 Missing and Murdered Indigenous Women, Girls, and 2SLGBTQQIA+ People National Action Plan. A system of icons drawn from traditional Indigenous imagery is arranged as a variety of snowflake and starburst patterns floating across page and screen. The forms are Indigenous and nature-based, but their arrangement is Eurocentric and abstract. The icons vary in size from page to page and screen to screen, as do the colours, rendered in a palette of rich, earthy tones. 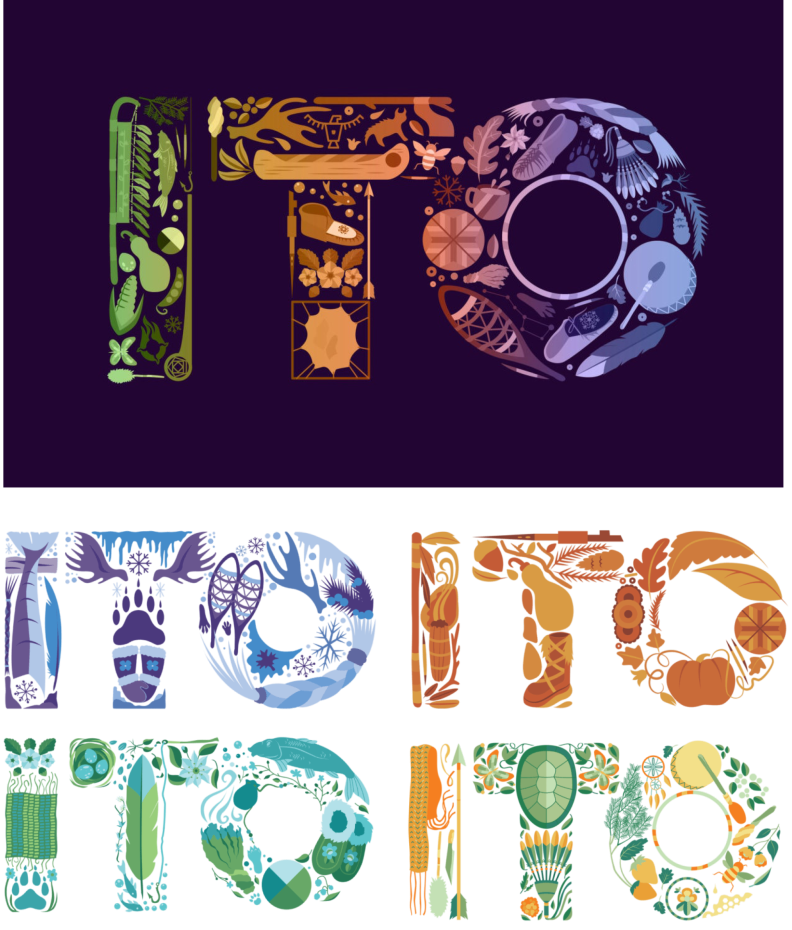 You can also see it in the identity and applications for Indigenous Tourism Ontario, where the letters ITO serve as a mask for a variety of seasonally related activities. Images of flora, fauna and items like canoes, moccasins, snowshoes, drums and paddles are taken through seasonal colour schemes while the images vary with the seasons as well. Again, the images are decidedly Indigenous, but the systematic application of brand standards is straight up Eurocentric.

Founded in 2009 by Jennifer Taback, Melissa Deschenes and Meggan Van Harten, Design de Plume announces itself as a women-led, Indigenous-owned design team that creates inclusive and accessible designs for social good. It took the firm a few years to figure out its value proposition, but once it did, things fell into place.

Many of its clients are Indigenous, and most others are institutional and government. When asked what kind of a difference being women-led makes, Taback replies that unlike men – typically white men – they don’t tell the client what they need. They try to look at things through the client’s eyes, in a posture of humility, listening instead of talking. “It seems to us like common sense, but apparently it’s not a sense that’s very common”, says Taback. “It has been a huge differentiator for us.”