Will Novosedlik reflects on the year we'll never forget

The 9 things he'll remember the most about 2020 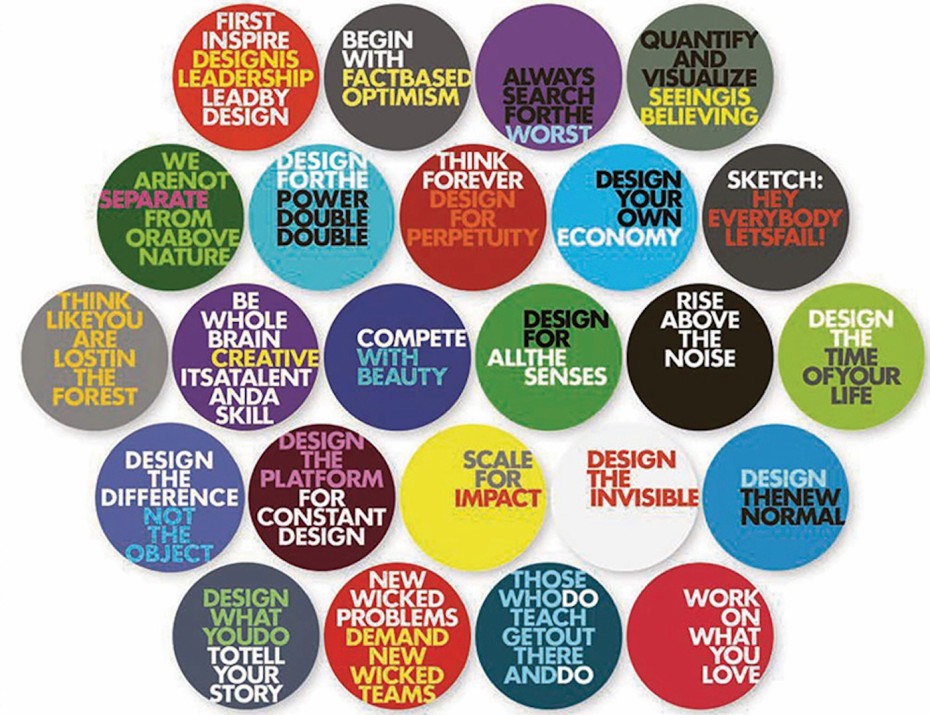 Most years end. This one will still be going until the plague stops. Covid has destroyed time by making every day the same. What year it is is almost beside the point. Still, I feel a look back is in order. So here are the 9 things I will most remember from 2020.

Came across an exhibit called Off Brand, at Toronto’s Northern Contemporary gallery. It was a show of what Kalle Lasn would call ‘subvertising’- critical spoofs of ads and other brand artefacts designed to make you cringe because as much as you agree that marketing and branding have a dark side you are still going to get that Starbucks espresso after you leave the show.

March. Overnight, clients pulled in their horns, revenue fell off a cliff and the pandemic began to show its fangs. Honestly, I didn’t have much else to do in March except write this column. It seemed utterly appropriate to take that opportunity to kick Trump in the butt – I know, easy target - by shining a light on one of his most talented tormenters, illustrator Edel Rodriguez. The latter’s growing portfolio of Trumpenspoofs – said to greatly anger the Orange One due to the high profile publications whose covers they graced – were a wonderful find and the perfect balm to the viral apocalypse. 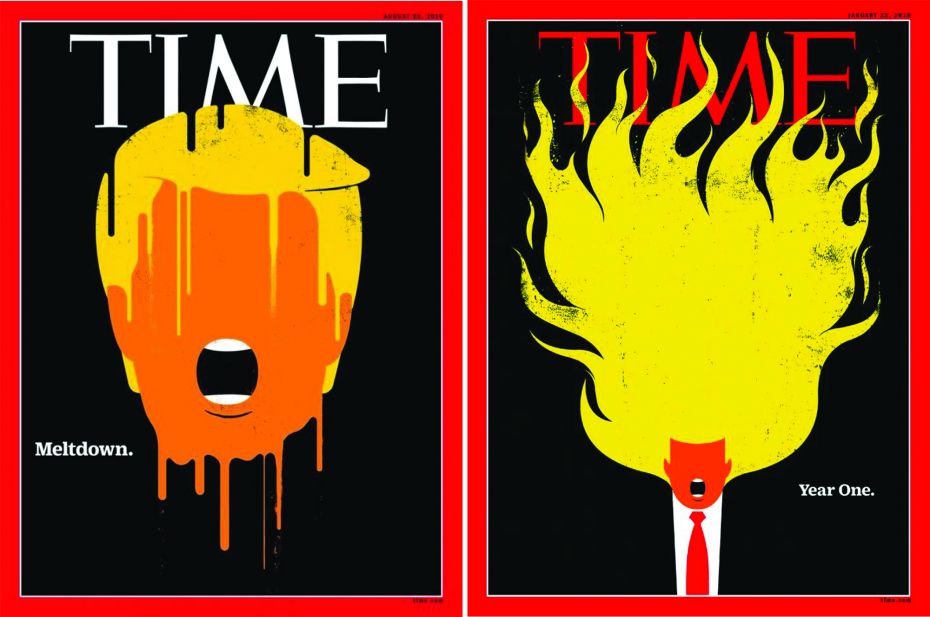 The revenue drought continued into April as the virus took more and more victims. By now, Covid was beginning to inspire a vigourous response from all quarters of the creative community and it seemed right to elevate its better efforts. People like Louis Fischauf and Derwyn Goodall, among so many others, jumped into the fray and lent their talent to pandemic messaging. Entire books will be written about this. 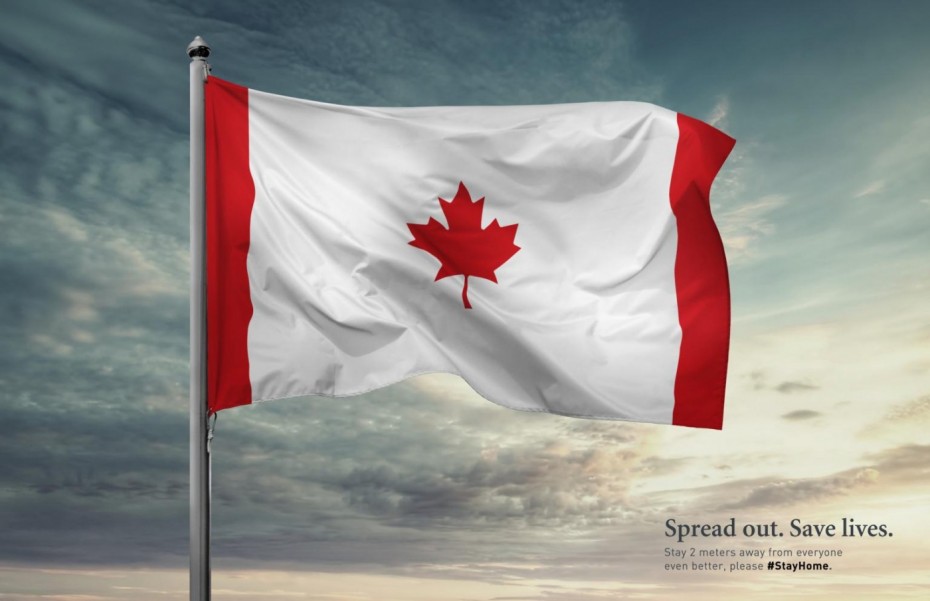 Credit: The Other Guys

The street protests that erupted under the banner of Black Lives Matter were a throwback back to 60s-era social unrest. The call to action was answered by artists of colour everywhere. It seemed like all the social progress that was fought for some 50+ years ago had been for nought and we found ourselves, as a society, right back where we started – or maybe even behind where we started. These images will take their exalted place in a long history of activist graphics.

Design, when done from the heart, can be an uplifting experience. Derwyn Goodall’s pandemic poster series continued to blossom just when we needed it. His answer to the call drew attention from colleagues and observers from around the world. 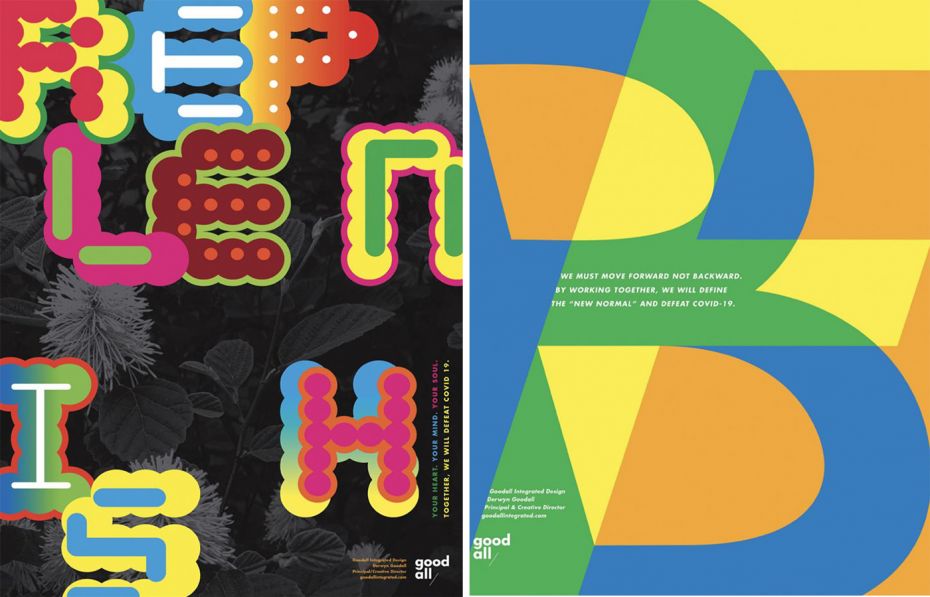 Let’s face it, business environments can be toxic and oppressive places, especially if you’re not a white male. Learning the hard way is not always the best option, to put it mildly. Speaking out invites scorn or worse. Movements like MeToo have raised awareness, but provide little guidance on the ground. So when Kelly Small’s book The Conscious Creative was released in the summer, it was very welcome. It reads like a field guide to ethical behaviour in the creative industry, and as such, it belongs on the same shelf as Victor Papanek’s Design for the Real World and Ken Garland’s First Things First.

7.   Meanwhile, Back at the Edge of Extinction

So while this pandemic hogged the news cycle we kinda forgot about that other thing. You know what I’m talking about. Climate change. And who can blame us? I mean, how many apocalypses can you fit into your brain at the same time? It’s like one half of your house goes up in flames just as a tidal wave comes crashing through the other. Wanna drown or fry? Ogilvy’s #Cleanairnow campaign for Greenpeace was a grim but clever reminder that the end is nigh, one way or the other. 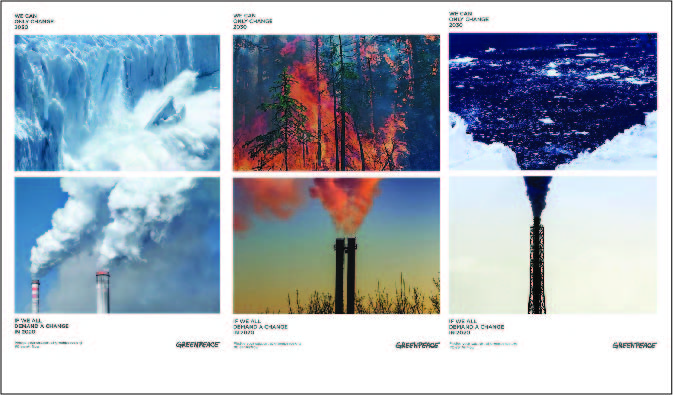 Back in ancient times – the 90s – there was a magazine that pushed every designer’s buttons. It was called Ray Gun. If you were a hidebound modernist it pushed your panic button. If you were tired of the grid it pushed your play button. Either way it got visceral responses from everyone. Its art director was the gleeful design anarchist David Carson. After not thinking about his work for a long time, it was a delight to see it pop up in my Linkedin feed one day. In a year marked by a body politic on the edge of very real anarchy, seeing Carson’s posts – especially his mildly disturbing but irresistibly post-constructivist approach to gift wrap – was for me the best thing since Dada, and oddly, a very apt metaphor for the dislocation we are all feeling right now. 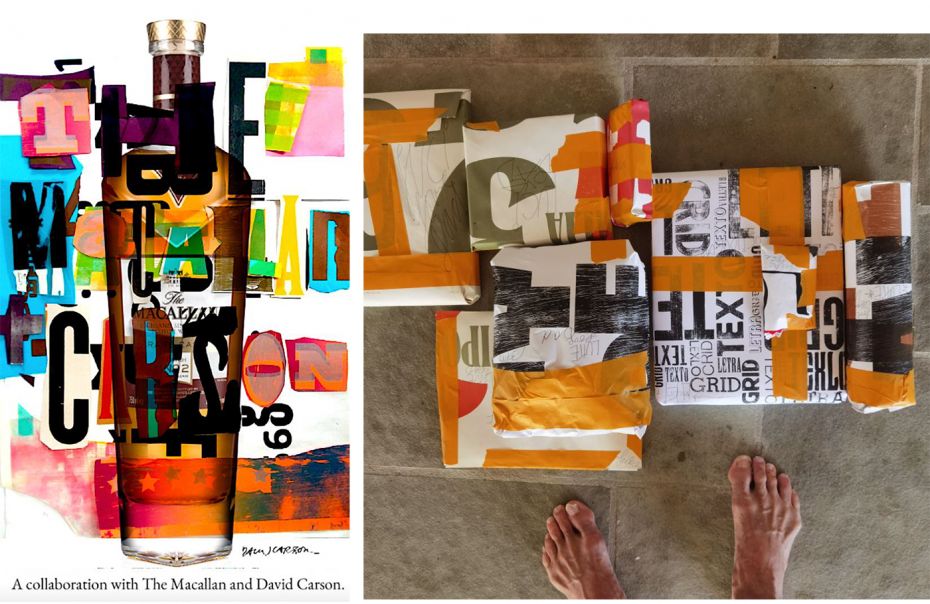 Left: marcom for The Macallan; right, Christmas presents, wrapped as only Carson would wrap them.

Well, I saved the best for last. If David Carson is the Keith Richards of graphic design, Bruce Mau is some kind of cross between Barrack Obama and Buckminster Fuller. Not any time in recent history have we seen a practitioner so unapologetically dissolve the boundaries among creative disciplines, from graphic, industrial, environmental and experiential design to art and publishing.

This summer saw his latest publishing effort, a massive book called MC24 – Bruce Mau’s 24 principles for designing massive change in your life and work. It is a cri de coeur of hope and optimism for the power of design as an agent of positive change in all spheres of human activity. Some may say that Mau’s philosophy is still anchored in the increasingly discredited notion of designer as heroic problem solver, but for my money, design is a core human skill that has never had more potential for doing good than it has right now. As Bruce says, we really have no choice but to be optimistic.

And that seems to be the perfect note on which to end this look back at the darkest 12 months of our lives. Even for a crusty old critic like myself, hope suddenly has new currency and optimism really does appear to be the only sensible response to the precarity of our existence. I wish everyone a happier year than the one that still hasn’t ended. 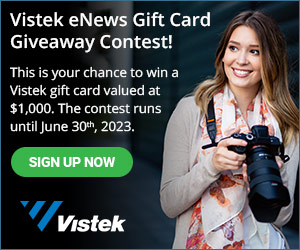